My friends Josh and Alie Lee hosted their own Guac Bowl in 2007. Take a look at their humble beginnings, which is sure to grow as big as the West Coast version! 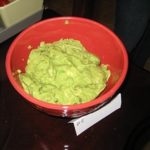 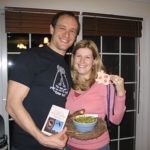 Josh and Alie, with another ribbon — is it the Icarus Award? 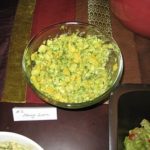 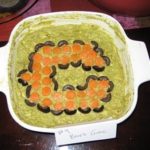 A Chicago Bears logo guac, made of olives and carrots! Nice! 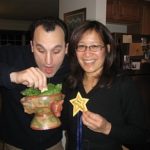 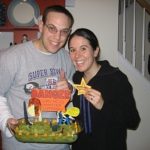 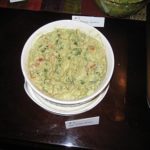 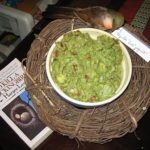 Tequila Guacingbird, which Josh justifies, “yeah, we stole your idea, did it worse than you, and forgot to mention it wasn’t an original idea.” 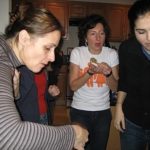 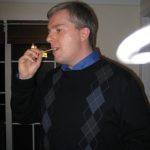 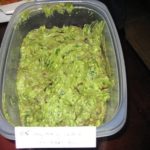 I can’t read this sign, but I’m sure it was tasty. 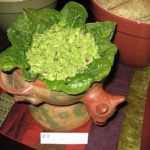 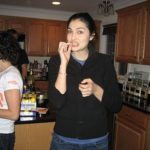 Someone Josh and Alie tricked into being their friend with a “unique party.” 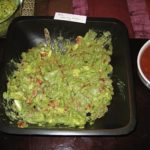 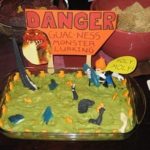 A second interpretation of Guac Ness! Great minds think alike… though what is Syndrome from The Incredibles is doing there?