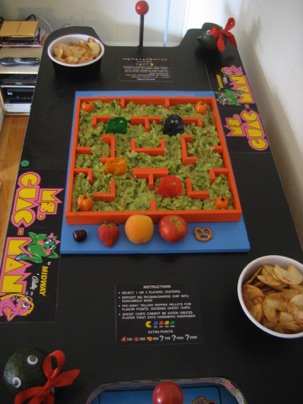 What a Guac Bowl! It was easily our most crowded year. I’m either going to have to get a bigger house, or fewer awesome friends.

First, what you’ve all been waiting for: the pictures. (As a few people noticed, I was scooped by the LA Times, which also put pictures on their website, as a follow up to Saturday’s story. Nuts, huh?!)

And now… the winners:

2nd place: Robert Saccenti, “He’s No Guac To Me Dead” (aka Guac Solo)

Overall, an amazing Guac Bowl. Stay tuned to the blog in the coming days for Guac Bowl East pictures and recap, and some (hopefully) amazing pictures by a real… professional… photographer! From New York!