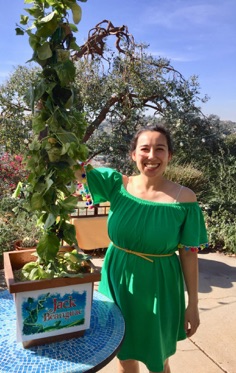 First, what you’re all waiting for: click here for the photos.

Now, the part that only a few of you will skim, yet I spend way too much time on: the recap.

Every year, a theme emerges, and this year it was hot guacs made right at the party, in front of your face. I guess everyone caught on to Michael Zimmer’s trick — the last two years, he won Best Alternative Guac by donning an apron and cooking to order. This has the added benefits of personally passing out your food so everyone tries it, talking it up to everyone, and leaving them with a face to remember when it comes time to vote. So it was bound to have imitators. Did they succeed in toppling the Alternative king? Keep reading to find out!

1st place: “Deep Fried Choco-Mole Bites” by Michael Zimmer and Teira Gunlock
Zimmer three-peats! He and Teira went back to the same cook-at-the-party technique, but they knew they had to branch out from the Asian-flavors they had boxed themselves into the last couple years. So they went REALLY far out of the box, conjuring up something sweet, crispy AND gooey. Sounds crazy, but it worked. The guac was frozen in advance, then covered a layer of melted chocolate, then battered and deep-fried like a carnival treat, and finally dusted with powdered sugar. (The sugar also covered my nearby Macbook, but thankfully it still works and now smells delicious.)

2nd place: “Pizza-mole” by Maggie Flynn and Ian Nyeste
Maggie and Ian, who won Alternative twice before the Zimmer dynasty, gave him a direct challenge by setting up RIGHT NEXT TO HIM, and brazenly cooking for the crowd as well. They went a far healthier route, with vegan pizza on pita bread. The fact that something healthy/vegan only lost by ONE SINGLE POINT to something deep-fried/heart-attack-inducing speaks to how talented Maggie and Ian are with flavors.

3rd place (tie): “Guak in the Box” by Kat Grant and family
Kat and her daughter and cousin returned with an entry that surely would’ve garnered more votes if it didn’t arrive on the late side, and take a while to prepare. Their “Guak In The Box” was an entire fast-food meal inspired by the Jack In The Box menu: first, there were guac-nuggets, then there were mini sourdough/bacon sandwiches with guac, and finally there was guac milkshakes! Any of these could have competed on their own merits, but the fact that they made it all as one complete meal was impressive. The shakes were actually super refreshing on what ended up being one of Guac Bowl’s hottest afternoons.

3rd place (tie): Guac-o-late Bars, by Martina Papinchak and Nathaniel Bozen
Martina and Bozen took home a trophy exactly ten years ago, and returned with a strong showing this year. Like the Desowitz family has done many times, they went the chocolate baked goods route — but rather than brownies, they made a velvety avocado mousse on a chocolatey graham-cracker crust. And as if that weren’t enough, they brought two tins of these dessert bars, one decorated in Patriots colors and the other Eagles colors, so you could root for your favorite team… with your mouth! The way the Super Bowl should be determined.

1st place: “Jack and the Beanguac” by Angela Pava
After years of me twisting the arm of my very patient wife to make elaborate entries, it all finally pays off for her (and backfires for me) as she beats me out for a Best Presentation trophy. Would she spend hours, days, weeks of her life crafting guacamole displays without my nagging? We’ll never know. Angela’s winning entry this year was the adorable “Jack and the Beanguac,” a stalk made of real plant vines/leaves from our houseplants (supplemented with some fake ones from Joanne’s Fabrics, to fill it out). It towered over the party at 7’ tall, topped with a cloud layer and a shimmering golden avocado. Little cups filled with bean-guac (guac with black beans, obviously) were placed throughout the stalk for guests to try if they could reach. And if you looked close enough, you could find Jack climbing the vines — and if you looked even closer, you could see that Jack was actually a Star Wars action figure.

2nd place: “Pickle Guac” by Adam Pava
My entry was inspired by my favorite episode of television this year, the “Pickle Rick” episode of “Rick and Morty,” where Rick turns himself into a pickle, then a killing machine, then learns a lesson about what it means to be a man. It provided the perfect pop-culture reference for me to make a big presentation AND a type of guac that’s never been attempted in all the years of Guac Bowl: pickles. I sliced the avocados into spears and canned them with vinegar, sugar, and all the ingredients of guacamole: tomatoes, onion, garlic, pepper, jalapeños, and secret spices. I thought it was surprisingly delicious, but some people disagreed. But at least I put myself out there, and like Pickle Rick himself, I learned an important lesson about being a man.

3rd place: “Guak in the Box” by Kat Grant and family
I wrote about the Grant family’s entry above, but it also got some votes for Presentation, because it was such an intricate, complete concept. I can’t wait to see what they bring next year!

1st place: “Ya Basic” by Josh Lee, Leithan Lee and Allison Meredith
Leithan is a teenager, and has been winning since he was four years old. Sometimes with his mom, sometimes with his dad, but whichever one of them enters always seems to win, so the dude’s got 4 trophies under his belt. This year, Leithan, with Josh and Allison, made “Ya Basic,” a guac that prided itself on no fancy presentation or pun to distract you from the deliciousness. It’s a strategy that often pays off.

2nd place: “Number Nine Traditional” by Justin Byrne & Liz Nico
Justin and Liz took home the gold last year as newcomers, and now as seasoned veterans, had the tough task of defending their title. They almost made it happen, falling short by just a few votes. But give it up to them for once again entering in the Traditional AND Alternative categories, not resting on their laurels. Their Alternative entry was another in the trend of fried guacs — Cheesy Tot Guacs — but made the fatal flaw of frying at home instead of at the party like everyone else this year.

3rd place: “Avocadoo-doo” by Jesse and Alison Warshal
Jesse and Alison finally attended their first Guac Bowl, and squirted out a 3rd place finish with this baby-shit themed entry. The guac was served in diapers, and the chips from a Diaper Genie. It was more delicious than it looked. Oddly, this wasn’t the first ever diaper-in-a-guac — nine years ago, Tim made “Look Who’s Guacing” (he pretends not to remember, but I have photographic proof). Like Carl Jung said, there are only seven basic plots that we keep retelling over and over, so it was bound to happen. I assume one of those plots is about diapers filled with guac.

THE ICARUS AWARD
One thing I kept hearing over and over this year was, all of the entries were actually good, so there was no one worthy of the Icarus Award (the prize given for the biggest failure). I agree. In fact, many ballots left the category blank. But losers must be acknowledged, so here we go:

1st place: “Guactor Pepper” by Brandon Oropallo
I think this was less an indictment of this year’s entry by Brandon, and more about the reputation he has built over the years for having amazing, awe-inspiring entries. Alas, the Oropallos moved to Dallas this year, and he has a new job and two kids to take care of… so not surprisingly he wasn’t able to create, let alone get on a plane with, an enormous guacamole diorama. Just the fact that he flew in from Texas at all was incredible. Still, it was a fun idea: “Guactor Pepper,” a guac made with onions glazed in Doctor Pepper, served in a toy doctor’s bag. Underwhelming? Only because of the highest standards Brandon has set for himself. Understandable under the circumstances? Absolutely. Deserving of an Icarus? Hey, at least it’s a trophy.

3rd place: “Guac In A Sock,” by Michael & Beverly Spooner
Yes, it was exactly as described. There was guac, and it was in a sock. A dirty old gym sock. I don’t know if it’s in the spirit of Icarus — who flew too close to the sun and fell — to say this one aimed for the skies, but I get why it got some votes. But the more impressive story here is that Michael and Beverly, first time attendees, actually brought FIVE guac entries! They were all really creative. Michael is a visual development artist on the movie Angela is working on, so clearly he was having way too much fun working in this new medium (guacamole, with a little Photoshop).

NUMBER OF AVOCADOS KILLED IN THE MAKING OF THIS GUAC BOWL:
176 and a half. That’s 31 more than last year, and back to the old average. So buy and sell your stock accordingly, I guess.

Thanks for another amazing year! We’re all old, yet still make time for this, and that makes me so happy.